Mediation on the Grand Ethiopian Renaissance Dam: From hope to hopelessness?

Home
>
Blog
>
Mediation on the Grand Ethiopian Renaissance Dam: From hope to hopelessness?

In this article, we are not focusing on the way out from the deadlock. Instead, we unveil how inviting mediators to the tripartite negotiations will lead to further deterioration of the hopes for reaching an agreement on the few remaining technical concerns regarding the Grand Ethiopian Renaissance Dam (GERD). 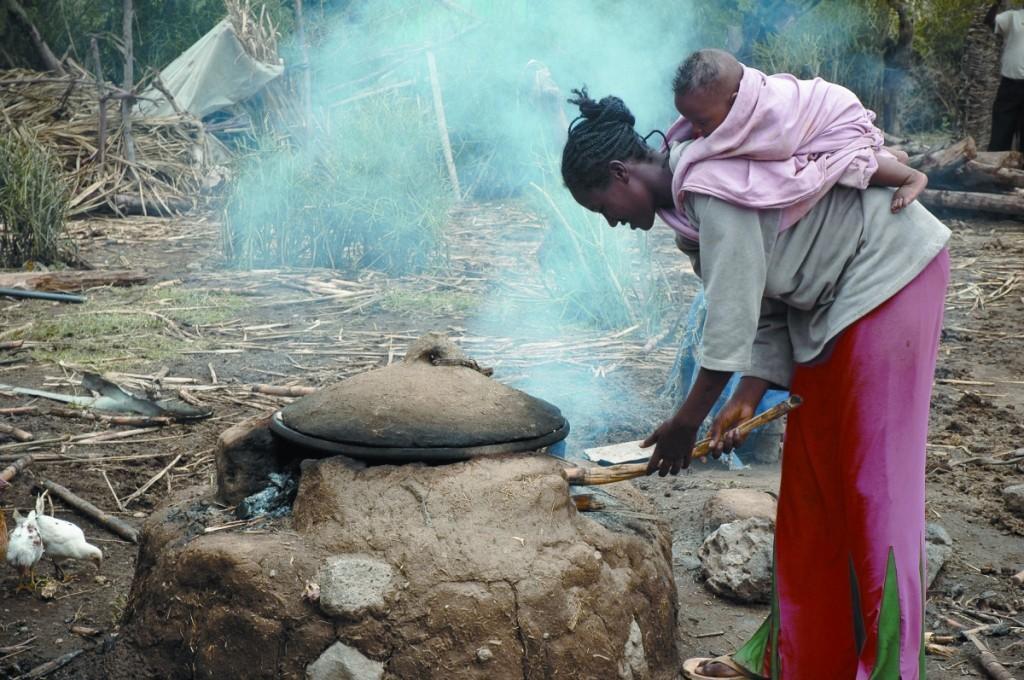 The GERD is a non-water consumptive hydropower dam financed solely by the Ethiopian government and its people. The dam is currently 79% complete. Its second-year water impoundment is planned for this summer. Trilateral negotiations on the filing schedule of the GERD were conducted on April 4th and 5th 2021 between Ethiopia, Sudan, and Egypt. The negotiations, conducted within the African Union (AU) led framework under the chairmanship of Congolese President Felix Tshisekedi ended up in a deadlock. Ethiopians, and neighboring African brothers and sisters are anticipating access to inexpensive electricity. Once completed, the GERD’s production of electricity is expected to reach 70 million Ethiopians and alleviate extreme poverty.

The trilateral negotiations between Ethiopia, Egypt and Sudan became highly politicized, focusing on the process of future negotiation rather than the few remaining technical details.  Ethiopia has tried to realize her dream of cooperatively building a dam on the Abay River (the Blue Nile), since 1960.  She has been met with rejection from practically every international financial institution, and active interference in its private affairs, it has been a dream deferred.  Ethiopia had no illusions having resolved a majority of the technical issues with the Egyptian and Sudanese Technical experts that some issues would be used to try and delay or even stop the filing of the GERD.  A lack of progress, on how to make progress, is par for the course. Due to this lack of progress the three co-riparian states failed to address the issues holding up the  negotiation.

The main reasons for the failure are the extreme positions taken by both Egypt and Sudan. Changing the agreed upon framework, Sudan and Egypt were demanding the addition of the United Nations (UN), European Union (EU), and United States (US) as mediators and facilitators.  Throughout the negotiations Ethiopia kept her commitment to the AU-led framework. Ethiopia argues that inviting additional mediators, and these mediators in particular, will imperil resolving the remaining technical issues rather than providing a means out of the current deadlock due to the following key reasons:

“The Vision of the African Union is to become an integrated, prosperous and peaceful Africa, driven by its own citizens and representing a dynamic force in the global arena.”

One of the central compelling maxims of the African Union is “African solutions for African problems.” This maxim and its importance cannot be more strongly emphasized as Africa faces renewed neo-colonial pressures and arrangements. Africans have proved that external or foreign solutions were not viable in Africa, since they were either ‘imported’ or ‘dictated’ to Africans. Solutions imposed by external actors, largely due to economic or political power imbalances throughout the continent have been cosmetic and do not achieve lasting solutions.

The genesis of the ‘African solutions for African problems’ is the African affirmation that African states will solve their own problems.  Judging by the history of the damage wrought by colonial and neo-colonial actors in Africa, the outcomes are not surprising. We strongly believe that inviting external parties (mediators) will not achieve the desired result. If that desired result is an equitable use of the Nile we believe that external mediators will prevent Africans from owning their solutions. One only has to look at the previous agreements on the Nile that sought to completely alienate Ethiopia, the source of 86% of the Nile Waters, to understand this.  It’s also evident that current attempts to add mediators, inflict political pressure is in pursuit of imposing the inexcusable and unenforceable colonizing Nile agreements on Ethiopia. One can only imagine how, once signed, the neo-colonial agreements would be used to bludgeon the remaining seven other co-riparian states into submission using the blunt instruments of the UN, EU and the US.

Seeking to conflate the GERD negotiations with water scarcity in Egypt, rallying Arab League support and appeals to the UN Security council by Egypt and Sudan in an attempt  to subvert the AU-led process is the warm-up for what Sudan has planned for the rest of the Nile Basin countries. Each of these issues has its own causality and resolution that require addressing in its own right. These matters have no bearing on a power generating dam on an Ethiopian river, in Ethiopia.

Therefore, the intransigence, threats and politicization of the negotiations, bilateral meetings between Egypt and the military wing of Sudanese interim government, inviting partisan mediators suggests double-dealing and will not lead to an amicable and sustainable solution. Repeated threats to use military force, border incursions, training and arming extremists and infiltrating them into border areas and calls for Arab countries to wage war against Ethiopia will exacerbate the situation and lead to undesirable consequences.

Egyptian officials present the GERD as an existential threat, and utter dire warnings of great calamity and chaos if their demands are not met. Sudan has made it a favorite pastime to raid border areas and in some cases attacking Ethiopian farmers up to 70 kilometers inside Ethiopian territory and making claims to them. Both countries have trained and equipped groups that have caused regional instability.  Their efforts to destabilize Ethiopia by supporting ethnic and political extremists since the 1960’s have resulted in weakening past Ethiopian governments.

Both countries now repeat false claims that Ethiopia’s intransigence is the cause for the current deadlock, when in reality both Egypt and Sudan’s behavior outside the negotiations have been ample reasons for Ethiopia to consider discontinuing its good faith effort to continue to negotiate. If one examines the 2015 Declaration of principles signed by the three countries, it is clear Ethiopia has kept her word. 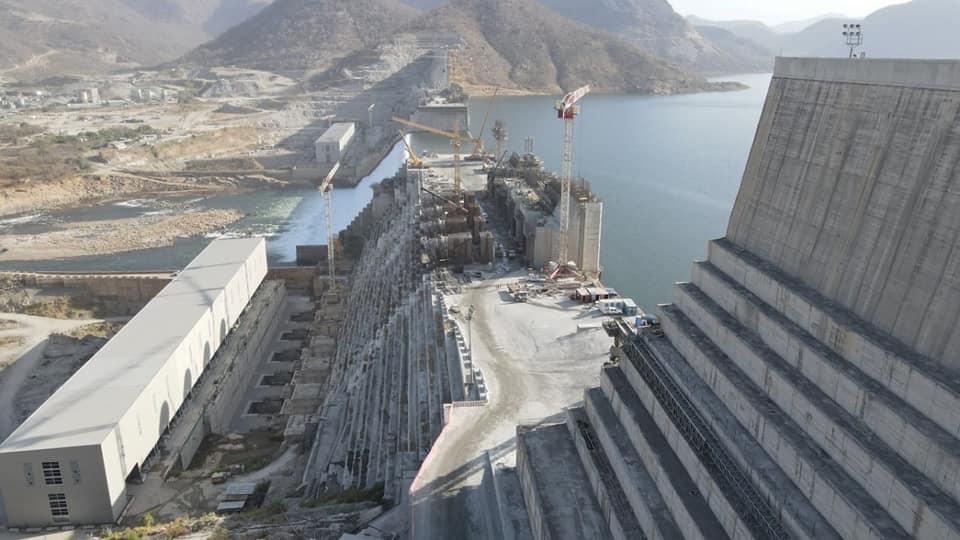 Ethiopia will start the second-year filling of its dam in the next rainy season. The filling will officially start by next month, in June. In keeping with the Declaration of Principles signed in 2015 Ethiopia has taken steps assuring the downstream states that the dam will not cause significant harm. Addressing the Egyptian Parliament on April 15th, 2021, Foreign Minister Sameh Shoukry agreed stating,  “the GERD will not cause damage to Egypt……I say this from a purely technical point of view” .

In the end, the GERD will be finished and Ethiopia will secure its place.  But the unforeseen cost the governments of Sudan and Egypt will pay for their mercurial, unjustified ill-will over the years will be an abiding lack of trust among generations of Ethiopians. 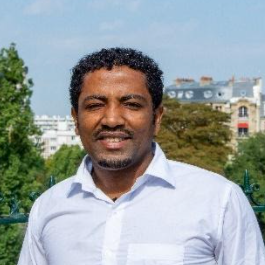 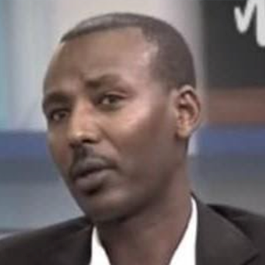