This blog is one of three articles by Tamrat A. Gelu under the umbrella theme of Cooperation over the Blue Nile is the Way forward for Egypt. Part I focuses on the significant wars that took place and the treaties reached between Ethiopia, Egypt and the Nile Basin countries. Part II introduces the emergence of the Grand Ethiopian Renaissance Dam (GERD) and discusses the role of the African Union (AU) in the tripartite negotiations. Part III highlights the economic imperative for the GERD and the need for African problems to be solved by Africans.

With the Grand Ethiopian Renaissance Dam (GERD) a reality, Cairo’s familiar tactics are redundant. Instead, all Nile nations now need to work together.

For centuries, Egypt has been trying different approaches to solve the riddle of the Nile River and control the source of its main tributary.

Egypt exists because of the Nile River and Egyptians see it as a gift from God. Most cannot imagine life without it. That is also what they have been told for generations, and this has led to the Nile being protected as a national treasure.

But, the river is about 6,650 kilometers long and its watershed includes 11 African countries; Burundi, Rwanda, Tanzania, the Democratic Republic of the Congo, Kenya, South Sudan, Ethiopia, Eritrea, Sudan, and Egypt. The source of the river  ends in the Mediterranean Sea.

As a result, Egypt has consistently blocked any major projects by upstream countries on the Nile and its tributaries. In May 2010, Reuters reported [1] that Egypt had managed to block a loan from the African Development Bank for a dam project in Ethiopia in 1990.

In 2015, a research [2] published by the German Development Institute states that Cairo embarked on a diplomatic mission to block funding hydropower projects in Ethiopia. Egypt’s unfair approach has constrained the development of upstream countries, contributing to poverty and conflict.

Furthermore, in its pursuit to control the source of the Blue Nile, Egypt has repeatedly tried to destabilize Ethiopia. In June 2013, Egyptian politicians were recorded [3] plotting how to exploit Ethiopia’s internal divisions and the Oromo Liberation Front elements were allowed to mobilize [4] in Egypt.

While Ethiopia still accuses [5] Egypt of supporting groups to stoke internal unrest, the long-standing feud between two of Africa’s oldest civilizations goes back to the times of Kings and Khedives. In the 19th century, the two countries went to war twice when Egypt crossed the Ethiopian territory to control the Blue Nile (‘Abay’ as Ethiopians call it) by force. Below is a  historical review of the significant wars and treaties. 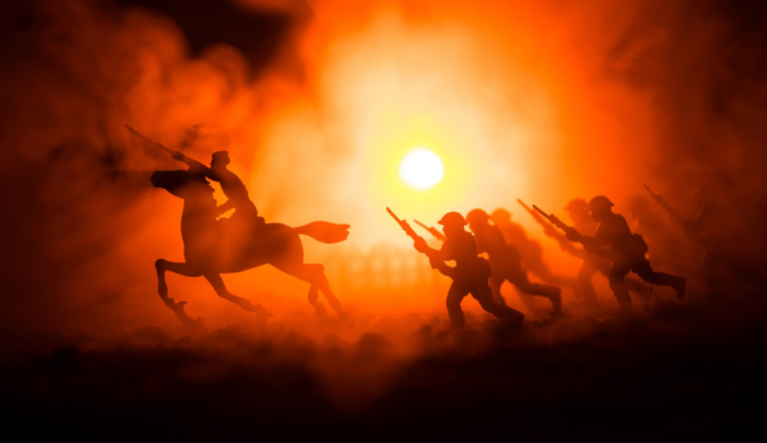 November 16, 1875: The Battle of Gundet [6] – location – Ethiopia (present-day Eritrea) – Egypt led by the Khedive of Egypt, Isma’il Pasha, mobilized his army to invade Ethiopia and control the source of river Nile. However, the Egyptians were defeated by Emperor Yohannes IV of Ethiopia and they returned home shocked. This would be their first war over water.

March 7 – 10, 1876: The Battle of Gura [7] – location – Ethiopia (present-day Eritrea) – Isma’il Pasha could not accept his defeat at Gundet and returned again to conquer Ethiopia, this time with a bigger and modern army led by an ex-Confederate officer from the United States. Nonetheless, Emperor Yohannes IV’s army led by Ras Alula Engida was not any less effective; the Khedive of Egypt lost the fight again and soon withdrew. Foreign powers including the British and Swiss were involved in these battles.

During the scramble for Africa, except for Ethiopia, the rest of the Nile Basin regions were colonized by the British, German, Belgian, and Italian Empires. While the British Empire ruled Egypt, Anglo-Egyptian (Sudan), Kenya, Uganda, and Tanganyika (Tanzania) and was the main manipulator and administrator of almost the entire Nile River, the Italian Empire was ruling Eritrea. During these periods different treaties and protocols were signed regarding the use of the Nile.

April 15, 1891: Anglo – Italian Protocol [8] – signed between Britain, on behalf of Egypt and Sudan, and Italy representing Eritrea – Italy agreed not to undertake construction work at the headwaters of the Nile. But the geographical scope of the protocol was not defined, and Italy had not established itself in Ethiopia.

May 15, 1902: Treaty [8] between Great Britain and Ethiopia – Ethiopia argues that the phrase “arrest the flow of their waters” in the English version of the treaty when translated to Amharic is subject to interpretation and does not prevent Ethiopia from building a hydroelectric dam such as the Grand Ethiopian Renaissance Dam (GERD). 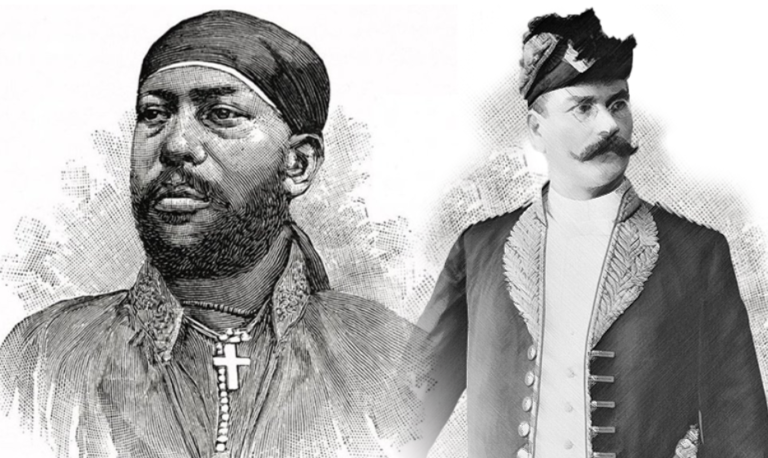 May 7, 1929: Agreement [8] between Egypt and Great Britain – (representing Sudan, Uganda, Tanganyika (now Tanzania) and Kenya) –  gave Egypt the right to veto projects in the upstream countries that would affect its water share – Ethiopia argues that it does not abide by the agreement for which it was not invited into.

After the ‘end’ of the colonization period, only Egypt and Sudan signed a new agreement strengthening the 1929 colonial-era treaty. Later, other riparian countries started a new initiative to share the Nile river equitably and fairly opposing all the colonial-era treaties.

November 8, 1959: Agreement [8] between independent Egypt and independent Sudan – only the two, without the consent of the other riparian countries, agreed to share the entire average annual flow of the Nile in such a way that Egypt gets 55.5 and Sudan 18.5 billion cubic meters, and to adopt a “united view” on the claims of upstream countries. As a result, Egypt built the Aswan High Dam on the Nile, which was completed around 1970.

July 1, 1993: Framework [9] for General Cooperation between Egypt and Ethiopia – this is the first bilateral framework for a cooperation agreement between the two regarding the Nile issue, after the colonial period – except the general ‘no harm’ rule based on international law, the framework does not provide detail.

May 14, 2010: Cooperative Framework Agreement (CFA) [11] – not only tired of Egypt’s right to veto projects in the upstream countries as per the 1929 treaty, upstream countries felt they were taken advantage of by the 1959 water-sharing agreement between Egypt and Sudan. As a result, in 2010, Ethiopia, Rwanda, Tanzania, Uganda, Kenya and Burundi (in 2011) signed the CFA to seek more water from the Nile for their respective development activities. While Egypt and Sudan still strongly oppose it, Ethiopia, Rwanda, and Tanzania have ratified the agreement. Democratic Republic of Congo and other upstream countries are expected to sign and ratify the CFA. Following the signing of the CFA, Ethiopia started building the Grand Ethiopian Renaissance Dam (GERD).

Tamrat A. Gelu (M.Sc.) is a mechanical engineer and ex-university lecturer. He is interested in entrepreneurship and geo-politics of the Horn of Africa. He can be reached at [email protected]