This blog is one of three articles by Tamrat A. Gelu under the umbrella theme of Cooperation over the Blue Nile is the Way forward for Egypt. Part I focuses on the significant wars that took place and the treaties reached between Ethiopia, Egypt and the Nile Basin countries. Part II introduces the emergence of the Grand Ethiopian Renaissance Dam (GERD) and discusses the role of the African Union (AU) in the tripartite negotiations. Part III highlights the economic imperative for the GERD and the need for African problems to be solved by Africans.

In April 2011, Ethiopia announced its plan to build the Grand Ethiopian Renaissance Dam at a cost of $4.8 billion US dollars for hydroelectric power generation on the ‘Abay’ (Blue Nile) River, with a total installed capacity of 6,450 megawatts (now reduced to 5,150 MW). ‘Abay’ is one of the two major tributaries of the Nile and originates in the Ethiopian highlands.

At first, Sudan supported Ethiopia’s plan because the dam helps to control flooding during the rainy season and manage droughts during the dry season for Sudanese farmers. Later it expressed concern on the duration of filling, operation, and safety of the dam. But, in August 2020, the Sudanese Minister of Irrigation and Water Resources said [12] that the GERD’s degree of safety is better than that of Sudanese dams and Egypt’s Aswan High Dam.

Egypt, on the other hand, was very upset by Ethiopia’s plan from the outset and called [13] the project a “national security threat” and warned Ethiopia that it will go to war if the Nile water decreases by a single drop [14].

Ethiopia went ahead with constructing the GERD unilaterally as it claimed Egypt had consistently and successfully made efforts to block funding. To pay for the $4.8 billion dam, Ethiopia issued a bond targeted at Ethiopians in the country and abroad.

After years of acrimonious stop-start talks, Egypt took the case to the international community hoping to get support in her favor. Eventually, in November 2019, as per the request of Egypt, President Donald Trump, at the presence of the President of the World Bank, stepped in to host negotiations between Egypt, Sudan, and Ethiopia on the filling and operation of the GERD.

Unfortunately, Ethiopia walked out of the negotiations saying the Trump administration sided with Egypt based on an unfair [15] claim. This would later be corroborated when the U.S. suspended [16] aid to Ethiopia due to the dispute over the dam. Prior, Egypt had taken the case to the United Nations Security Council (UNSC) while Ethiopia insisted the African Union (AU) should step in, which it did. Currently the matter is under the auspices of the AU which has hosted the tripartite negotiations and has made progress. However, there are still important technical details that remain unsolved.

In July 2020, Ethiopia announced the completion of the first year of filling the GERD’s reservoir, against Sudan and Egypt’s wishes. The first year filing is only 4.9 Billion Cubic Meters which is about 10% the annual Blue Nile flow of the GERD. While both countries objected to Ethiopia’s first year filing, in retrospect, given the recent record [17] flooding which killed more than 102 people and made thousands homeless in Sudan and Egypt, the GERD could not have come at a better time. In fact, the Sudanese Minister of Irrigation and Water Resources was quoted [18] saying “After the filling of the [Ethiopian] Renaissance Dam it is expected that flooding will not happen. 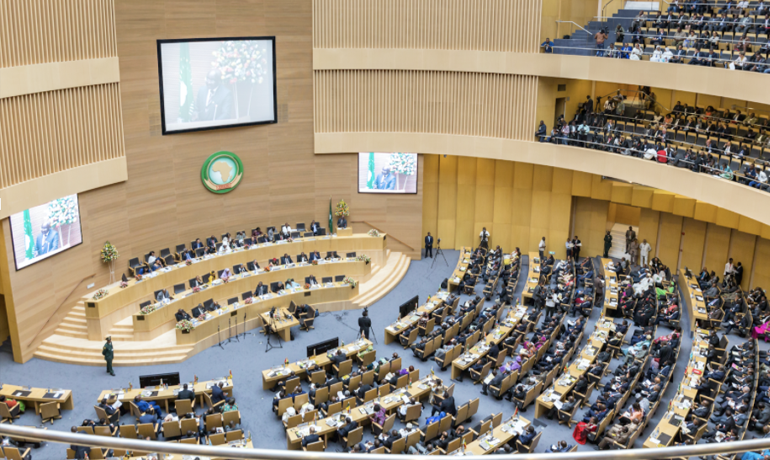 The Role of the African Union (AU)

The core purpose of replacing the Organization of African Unity (OAU) by the African Union (AU) was to remove the system of apartheid, refocus the attention of the organization away from the fight for decolonization towards cooperation and integration for peace and economic development of the continent. The role of the AU as a credible mediator in the conflict between Ethiopia, Egypt and the Sudan is a good example of its efforts.

It would be devastating for our forefathers to know that two of the oldest civilizations in Africa are fighting over the validity of a treaty which has its roots firmly placed in the colonial-era. It would even be more devastating to know that the AU failed to solve the problem in a free and fair negotiation under the spirit of Pan-African solidarity.

Upholding colonial-era treaties in the spirit of the 19th-century land grabbing and war over the Nile in the 21st-century geopolitical game does not help Egypt at all. We are in an era where each country has its sovereign territory and has the right to utilize its natural resources.

Ethiopia is still pushing towards completion of the GERD and the three countries have continued their negotiation under the auspices of AU. As such, resolving the GERD case is the best opportunity for the AU to restore confidence in its capacity of solving African problems.

Tamrat A. Gelu (M.Sc.) is a mechanical engineer and ex-university lecturer. He is interested in entrepreneurship and geo-politics of the Horn of Africa. He can be reached at [email protected]